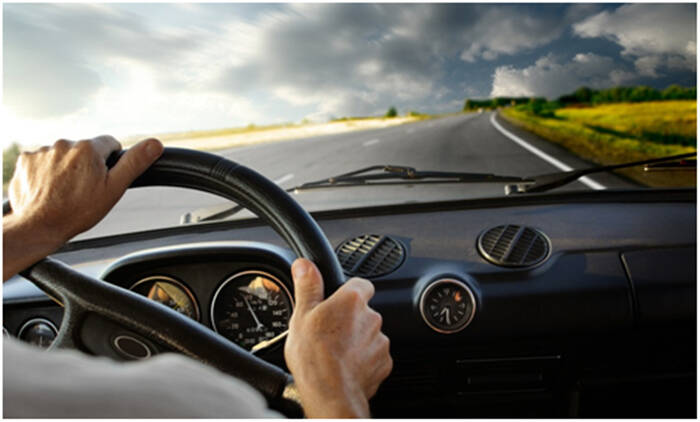 Traffic signs is an extremely important road traffic safety factor through the shape, color, character, pattern and transmission of information, to guide drivers and pedestrians.

The retroreflective technology allows a more clear and intuitive traffic sign information to be delivered to the road users.

Since 1937, retroreflective technology of traffic signs has 80 years of history in the transportation industry especially in the field of road traffic safety, making tremendous contributions.

In 70s of last century, the comprehensive development of road transport technology on the safety of the driver line of sight, with new and higher requirements. At this time, retroreflective technology also completed its first "jump" out -- "high-strength" reflective material, this material also used glass beads as the reflective film mainly reflecting unit, but it through the production process and structure of more sophisticated, fully realize the brightness of nearly 4 times in "engineering grade reflective material the value of which is equivalent to about the visual distance of traffic sign at that time, increased 2 to 4 times.

4. The Third Generation of Diamond

In 2005, the retroreflecting technology best to complete its "third jump" -- the third generation of "diamond" reflective material, the prism technology not only can perform long-distance discovery function, but also pays attention to visual brightness close well to the past 10 years set new requirements on the traffic safety protection ability.

Traffic signs in addition to the outside, it's most important function is safety tips. While the retroreflecting technology determines the strength to prompt the effect.

According to relevant research shows that the traffic sign are lowest in cost but withelds the most necessary and obvious information. In 1996, the government of the United States Department of Transportation traffic conditions in Congress report, summarized 20 traffic safety measures to improve the investment rate of return over the past 20 years, the traffic sign returns ratio is 1 to 22.4, that every $1 invested in traffic signs, traffic accidents can reduce the loss of $22.4.

Beijing Badaling high speed "Tanyugou tunnel" was a well known incident, the cause of the accident is mostly speeding; therefore, researchers began to design in April 2007 a fluorescent yellow diamond tip marks the speed feedback of instrument installation in the vicinity of the tunnel, 1 month later, speeding ratios decreased by 12%, speeding phenomenon from the first day of the installation was reduced to 24% after a month of zero".

In a corner of Guangzhou Zhongshan bridge accident spots, all-weather marking enabled drainage of rainy night but after 6 consecutive months, no traffic accident.

The application of inverse reflection technology in China

Studying on the China retroreflective technology, started relatively late, but with the rapid development of traffic and traffic safety importance increasing quickly in application development.

In 1988, Shanghai Jiading Expressway pioneered the use of "engineering grade reflective material, although still in 1940s, but it has changed Chinese traffic signs.

In 1991, the deep highway use "high-strength" reflective material.

In 2002, Xi'an city and Xianyang Airport Expressway, the use of large angle diamond products.

In 2005, traffic signs in the transformation of the Beijing Shijiazhuang Expressway and Beijing Ring Road, the full commissioning of the "super" reflective material, which is a method used to before the advent in 2004 to replace the "high level" of the new traffic marking materials, then China application traffic sign retroreflective technical level, and the world has been maintained basically the synchronization.

Today, in Shenzhen, Guangzhou and other city, have a large area using the third generation of diamond products, whether from the image of the city or from the security point of view, the construction of traffic facilities have been almost consciousness, and the world advanced level synchronization.