THE PROBLEM
Soft clay is widely distributed in southeast coastal cities of China, such as Shanghai, Hangzhou and Wenzhou. It has been recognized as one of the most problematic soils in China because of its high water content, high compressibility, low permeability and low bearing capacity. In the past decades, a large number of infrastructure projects have been constructed on this kind of soil. After years of operation, large settlements of the subgrade have been observed. Therefore, it is essential to study the deformation behaviour of soft clay under traffic loading to prevent this. As the subgrade soils are subjected to large numbers of load applications (105 – 106 cycles) at a stress level below their shear strength, the deformation behaviour of soft clay under a large number of load cycles (i.e., long-term cyclic loading) is of particular importance.
According to figure 1, the dynamic stress field induced by moving loads is three-dimensional, involving the cyclic variation of major, intermediate and minor principal stresses (σ11, σ12, σ22) however, limited laboratory studies have actually been undertaken on the one-way deformation behaviour of saturated clays in three-dimensional stress state.


GDS Instruments Advanced True Triaxial device was chosen to carry out the research. It applies the confining pressure by water pressure, which is further provided by the compressed air. The cyclic vertical stress (Δσ1) and horizontal stress (Δσ2) in the direction of σ2 are provided by two horizontal metal plates with length=75mm and width=75mm and two vertical metal plates with width=75mm and height=140mm, respectively. Every metal plate is driven by a high-precision servo motor. In the Advanced True Triaxial tests, different combinations of cyclic major and intermediate principal stresses were applied. The typical time-history curves of major principal strain, ε1, are given in Fig. 3. When CSR is relatively low, although the development of strain is rapid at the beginning of the tests, after certain cycle numbers, the development slows down quickly and tend to be slight or even zero. When CSR becomes larger than a certain value, the strains develop rapidly and failure can occur within a specified cycle number.


The Advanced True Triaxial apparatus, which can apply cyclic major and intermediate principal stresses simultaneously, was employed to carry out a series of one-way cyclic tests on both normally and over-consolidated clays. Over-consolidation ratio, cyclic intermediate principal stress (bcyc), and cyclic shear stress ratio were considered, allowing the one-way cyclic behaviour in 3D stress state to be investigated.
Test results show that the increase of bcyc greatly reduces the development of major principal strain, and changes the direction of intermediate principal strain from tension to compression. This implies that OCR is a minor factor in the effects of cyclic intermediate principal stress on the deformation characteristics of saturated clay. Furthermore, based on the results, an empirical model is proposed, allowing the long-term deformation of saturated clays to be predicted in three-dimensional cyclic stress state.
During the testing process, experts from GDS were on hand to answer any queries. We will continue to cooperate with GDS and look forward to working with them again in the future. 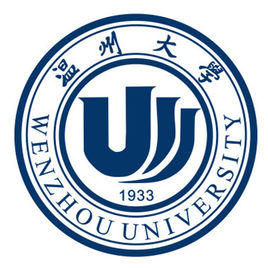